A Not so Random Encounter, Chapter 4 – by Blake Blackstone – narrated by Asclepius

Hello everyone, this is Asclepius, with the conclusion of this wonderful story from Lord Blake Blackstone, entitled

A Not so Random Encounter

Thoren sat straight up from his dead sleep. He could not decipher whether the screams and sounds of carnage were dream or reality. The battle cry of trolls and their trained imps snapped him from that blissful fog. Still half drunk from Baldrith’s “Special Reserve”, a fermented mixture of Coldwater Waxerby Eyes and Deep Cavern Frost Shrooms, his hand instinctively found “Reckoning”.

The double sided ax was his closest friend and a firm handshake between the two was sometimes a little too welcomed. Thoren laced his fingers through the custom fit, spiked knuckles welded to the hilt and lept to his feet. For less than an instant he debated getting suited up. The sound of gurgling laughter from imps faces buried in human flesh superseded the deliberations. Naturally, Sugesh was already steadily pegging the ice imps with arrows as Thoren burst out of his tent. As the warrior charged towards the enemy, he couldn’t help but notice the beauty of the black imp blood when it splashed and imprinted onto the pure white snow. As his ax made its way through the already half-dead imp’s neck, the head easily detached from the torso. The wings twitched and fluttered while the body continued to run around. Much like a farm hen, except the head screams out demonic curses before it bleeds out. As he made his way towards his next foe, he hummed the words to an ancient dwarven hymn, “There is Beauty in the Chaos”.

~~His mother was the religious one and his father the “activist”. Chaos was ingrained in them. They refused to see the logic in any type of Order due to the blatant corruption of all the races, especially the elves. Family dinners were always accompanied with a quick prayer unto Chaos by the matriarch of the family. His father would then ramble on about how Order only feeds the bellies of kings and rulers and Chaos provides bread to all.

At night his mother would sing them a hymn that was passed down through the generations:
There is Beauty in the Chaos,
Look What It’s Done For Me.
Darkness dwells in Order,
And Only Serves to Control Thee.

Thoren would later grow to form his own set of confused beliefs.~~

Out of the brisk, clear dawn of a new day, a powerful lightning bolt appeared out of nowhere, throwing the warrior back from his charge. He was unharmed but the four imps the spell was targeted towards were melted into gelatinous blobs of smoldering tissue. Before he could scramble back to his feet, one of the half-sized demons was upon him. Its razor sharp claws quickly dug into his shoulder, seemingly chipping into the bone. As the beast stretched its wings and began to lift Thoren into the air, an arrow pierced through one side of the imp’s head and exited through the other with a bloody crunch. Thoren was dropped back to the ground causing the air to evacuate from his lungs. The tears in his shoulders made it hard for him to lift his axe but he willfully managed. As he strode forward yet again, he could hear Lord Baldrith’s booming voice uttering his favorite three words, “In Vas Mani”. A resurgence of strength raced through the fighter’s body and instantly sealed the wounds in his shoulders. The wizard, woodsman, and warrior all worked in precise and graceful concert with one another, easily dispatching the rest of the imps.

The trolls were an entirely different matter in and of themselves. Thoren turned towards the giant beasts, still humming his hymn.

As Thoren drew up Reckoning, and turned towards the trolls, he saw her. The monster had gaped a hole through the basement hatch where the children were hiding. It drew her out by the waist and flashed a half-witted smile towards Lord Baldrith.

~~The blurred images of bright pink and purple flowers at his bedside made him chuckle. Was it Sugesh playing a joke or had this new “friend” Baldrith given him the best high he had ever experienced? He would come to know how the flowers got there, but for now, the pain from even the slightest of movement would fade him back into the darkness.

While he slept, he could hear her playful voice singing the nursery rhymes of The Weeping Seven. Even though he didn’t believe the teachings, the songs soothed him. Sugesh would stop in from time to time and give him a pep talk. Baldrith, or his wife, would bring in concoctions and force them down him. But she seemed to be there almost all of the time and came to be missed when she was not.

Before he could even hold his consciousness, they were introduced.

“My name is Isabella and I am nine years old. My mom and dad are Lord and Lady Baldrith of Wizard’s Rest. My daddy says you might be a mean man and if you wake up to tell him. So that’s what I’m gonna do.”

As the time past, he came to know the child. Her favorite color, pet, and food. He heard numerous stories about princesses and pirates, sometimes the same ones three times over!
She discussed watching her father’s magical experiments. He even got to hear the young princess’ thoughts on fashion. “Never mix pink with green”.

The constant jabbering sometimes went on to annoyance, but never to a bother.~~

Baldrith began preparing another spell. Sugesh planted an arrow deep into the elk antler, plate armor. It pierced the beast’s shoulder but did not weaken its grip on the child. Isabella screamed as the troll reached his fingers into her mouth. Thoren felt a wave of both guilt and adrenaline rush through his body. Baldrith could have cast on the trolls that were battering away at the hatch. Instead, he likely saved the young warrior’s life. Twice!

A scream, a crunch, a tear, and then a gurgle.

Baldrith collapsed. Sugesh’s eyes narrowed and his draw swiftened. Thoren’s grasp on his battle axe, body, and mind all became one in the same. The screams of horror drowned out as his pace quickened. Time around him seemed to slow.

The razor sharp blades of his ax exposed the inner workings of troll bellies. Its two stomachs rolled out onto the trampled snow, drawing with them all organs above the belly button. It laughed as it fell to its knees, dropping her head and her body along the way down. By the time this horrific scene played out, Sugesh had turned the other troll into a pincushion. The rogue stood over the monster, watching as it twitched and bled out.

The farewell to Lord Baldrith, and his quaint village of Wizard’s Rest, did not go as expected. The gift Thoren had made the little girl burned with her in the pyre that night. The two adventurers rode off, smoldering embers slowly fading away in the distance.

The NBTT is Verifying its Cast List of Play Actors 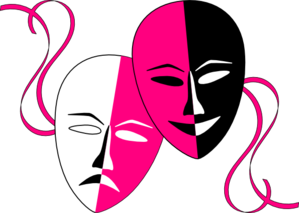 Hello everyone! Stile Teckel here with a request!

It’s been on my to-do list for some time to add into the cast section of the website, those that have performed in plays, live in game. Furthermore I had been keeping a list to do that and… can’t seem to find it (unusual for me!).

As a result I am working from memory (and with some help) to try to figure out all who belongs on that list!

At this time I show the following New Britannia Theater Troupe members have performed as an actor before:

Whether a voice actor, writer, music contributor, or any other role you have ever played it is important me to include you in our cast listings as a member of the Troupe. So please contact us even if you don’t care if you’re listed personally! You can visit the FULL casting lists by role in the cast section of the website.