Hello everyone, this is Asclepius, with another chapter in this wonderful story from Cianna. It is entitled
They Call her Lady Warrior
Background music by Smartsound

The sea air was chilly as Cianna stepped out of her house in Aelasar’s Forest. The leaves in the trees gently swayed with a breeze that caressed her face, reminiscent of the way her grandmother used to caress her cheek when she was a child. She sighed.

“I miss you, Aelasar,” she whispered to her grandmother. “And you, Mother. Where are you both? They say you’re dead, but how can that be? You’re Outlanders. Outlanders don’t die, do they?” She shook her head. “But if you’re not dead, where are you? Why can’t I find you?”

Her gaze settled on the old lighthouse on the small island off the coast of Aelasar’s Forest. It had been a favorite place for her to visit in her childhood. She and Aelasar would spend hours at the telescope, watching ships go by or looking at the stars and strange planets that circled overhead. Life had been so simple then.

Cianna sighed again and then, on sudden impulse, started walking over the bridge to the small pier that would take her to the lighthouse. She hadn’t been there since she took over the care of the forest. The idea had been too painful. But now, she felt the need to relive those old memories.

As she passed the decaying mansion to the right of the pier, Cianna was startled to see the front door ajar. No one lived in the old place, not since her grandmother had lived in it when she first began visiting the Forest. After her grandfather had purchased the small hamlet and built a new summer home there for Aelasar, the place had gone into ruin. Aelasar could never bring herself to tear it down, though. And neither could Cianna.

She approached the decrepit building, warily eyeing the open door. Might just be an animal that’s gotten in, she thought. That door never hitched properly anyway. Still, she had to be careful. Her father’s people were looking for her, she knew. It’s possible they had tracked her to the Forest.

She pushed the door open slowly, drawing a small dagger from her belt as she did. The interior was dark and dank. Cobwebs covered the walls, and the musty smell of dust and decay made Cianna want to sneeze. She held her breath till the feeling passed, then cautiously moved forward to the main room on the first floor. She cursed the misfortune of not having a torch with her to light the way.

She jumped, rubbing her face with her free hand. “Damn cobwebs,” she muttered, the inevitable chill running down her back. Then she almost laughed out loud. You’ve killed men with your sword, she thought, yet you’re afraid of spiders. Some brave warrior you are!

Cianna listened deeply to the silence. It remained unbroken. She took a few more steps down the foyer to the living room. She knew there were hidden rooms in the house, but it was unlikely anyone else would know about them. If someone were on this floor, the living room is where they would be.

From the little bit of light coming through the dirty windows, she could see the old iron fireplace to one side. It had been beautiful once, she remembered. Her grandfather, Alron, had it restored when Aelasar first lived here. Sadly, time again had reduced it to a dusty relic. Its grate was cold to the touch. No recent fire, then, Cianna thought.

She peered around the room, squinting to see. Nothing looked out of place. No dust had been disturbed on the floor that she could see. There was still silence all around.

Cianna closed her eyes and went within, using her senses the way her grandmother taught her. “We are all one,” Aelasar said, “all of us, man and beast, are connected to the same universal mind through Nature. Use that connection. Trust it. It will not let you down.”

Cianna reached out, her mind connecting with an owl sitting in a tree outside. “Brother,” she said respectfully, “may I use your ears?” The owl didn’t respond but Cianna was instantly aware of hundreds of new sounds, the chittering mice in the yard, the hawk soaring above, the distant sound of a boat passing the coastline. She drew the hearing inward, shutting out everything but her nearest surroundings. And she listened.

“Nothing,” she said out loud after a few moments. “If someone has been here, they are gone now.”

Resolving to return again with a torch for a closer inspection, Cianna backtracked and left the old house, once more turning her steps toward the lighthouse.

It rose above the island like the good sentry that it was, a stalwart during storms, and a beacon of refuge when the waters were calm. It was the lighthouse that made Aelasar, an Outlander, want to build a haven here in the coastal forest, a place where she could go to escape the stress of her new life in Novia. She adored her husband, but marrying into the court life of the True Elf population in Novia had been a tremendous burden for her. “Druids are meant to be a part of the land,” she once told Cianna. “The machinations of man do not interest me much.”

But she had been a loving, kind woman, with a grace and gentleness that earned her the love of Outlander and Novian alike, and her work to help those in need made her company much sought after. The Forest was the one place she could go to be alone, to catch her breath, to mourn, in private, the beloved life she’d somehow left behind in another world, and to practice her old Druidic rituals. As far as Cianna knew, she and her mother, Valandra, were the only two visitors from Court that Aelasar had ever allowed in the Forest. Well, except for Grandfather. But once he had purchased the land and fixed it up, including installing a strong, well-fortified Viking house for Aelasar (“I must insist, my love”), he had never returned. “It’s your space, now,” he had said. “I will not intrude.”

Cianna opened the door to the small inner chamber on the ground floor of the lighthouse. She had standing orders that the interior was to be kept clean while she was away, and the room still looked as though Aelasar herself would walk in at any moment. Cianna felt her throat tighten and her eyes water as she looked around the room, so familiar, yet now so empty of Aelasar’s presence.

Without lingering, Cianna mounted the steps, averted her gaze from the second floor room that had been Aelasar’s study, and reached the top. She pushed the door open slowly, feeling engulfed by memories.

Greetings Fellow Avatars! Here’s what we have for you in this week’s edition of Update of the Avatar:
News Announcements 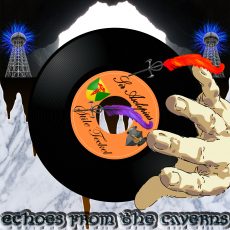 Echoes From the Caverns – Google Hangout is about to go live.

Also – Going to try to take questions in Youtube text chat – ask me anything!