Hello Everyone! Hope you are Enjoying Release 53!

Hello everyone, this is Asclepius, with the second chapter of a wonderful story from Belladonna Rose, entitled
Black Rose Chronicles
Background music by Smartsound

After what seemed like hours she opened her eyes and looked about at the strange surroundings. At first she thought it was just a dream. Seeing all that she had before it was obvious to her that it was not a dream. More so a nightmare. Leaning up on her elbows to survey the area again she saw a hooded figure standing off a ways. A hand raised from the figure beckoning for her to approach. Standing slowly she realized that she was not actually walking. But floating barely off the ground. Strange that she should be doing so and when she looked down at the ground she saw nothing but a smoky image of feet.
What was going on? This is not right. Am I Dead?
The hooded figure took a step forward and reached out a pale hand.
“Fear not Avatar. You are not dead. You are merely in a different state of being for a time. Once
I explain you will materialize as you were before and you will then be able to continue on your journey.”
Looking at the hooded figure again she realize that it was a woman. Small in stature. Pale with bright eyes. She could not tell the color as they changed like a kaleidoscope. Swirling and swirling. It was almost mesmerizing. She reached out to the figure and took her hand. Feeling a warmth in that hand that she had never felt before. Or at least had no memory of it. It was comforting and soothing toher soul. Soul. What about the body. Her body was gone. Shaking her head, she felt as if she were going to drift back to the darkness again.

“Hold tight Avatar. Do not slip away from me. I have much to tell you. Much to explain why you are here. Do not falter or fear me. I am not here to harm you but to guide you.”
Again the warmth filled her again and she calmed. Patiently waiting for the woman to tell her what was happening to her. Maybe she knows what happened to her crew as well. She stood before the woman and looked again into those eyes.
“You have been brought here from your world Avatar to help rid our lands of the evil that has besieged us. We alone are not able to defeat such powers. So, we have brought forth others from other worlds and lands to help aide us in our task. If we lose this fight we might very well lose all that we know and love.”
Looking at the woman she tried to find her voice. But no words came from her lips. She was mute and unable to ask any questions. The woman smiled and nodded. “You can ask questions of me. But use your mind. Do not try to speak. I will understand all that you ask “
Struggling she tried to open her mind and form her words there. Easier said than done. She was so used to muttering things to herself. Try again she reached into her mind to find the words. Finally. There. Yes. I can speak to her.
“Where am I? Where is my ship and crew? Why have I been brought here?” Strangely looking at the woman. “Who are you?”
Smiling softly again the woman leaned forward. “You are in Novia. The New Britania. Your ship is but lost I am afraid. But your people are within the realm of Novia. Each one has passed by here just as you have. As I said before. You were brought here to help aide us. The prophecy speaks of an Avatar that will come from another land and time and help us defeat the great Evil.”
Waving her hands up in the air she smiles again and an aura surrounds her.
“I am Arabella. Your guide.”
Looking at the Lady Arabella she swayed a bit. Thinking this cannot be happening. But here she stands in a strange new world and decides to listen to what this woman tells her. It is here she will learn her new found destiny.
“We have been taught to expect one from another world. One distant from our own both in time and space. The world of Earth, of Lord British. Yes, he is here and hopes to meet you one day on your travels. He will be kept informed of your progress or your demise. He told me to relay to you that you have a mighty task ahead of you. For all that he holds true….the Three Virtues have been forsaken here. It is a task for you traveller to choose a path. Although throughout your journeys all three will cross each other.”
Blinking as she absorbed this information she could only nod her head. This was really happening.
And her friends are here doing the same as she is being instructed. She will do anything as long as she can find her crew, and Jack.
Arabella continued to explain the three paths that must be followed.
“There are three paths to follow. Truth, Courage and Love. It will be up to you to decide which you want to start with. But remember as I said all three will intersect at one time. At that time, you will then be forced to confront the hidden ruler of this world and destroy that ruler.”
Blinking again she just stared at Arabella. How is she supposed to defeat such an entity. There must be some mistake. But remembering deep in the recesses of her mind she knows from the past that Lord British would not manouver her to this world if he didn’t feel she would succeed.
“Here now you must follow the pathway down to the Mirror and you will be restored to your former self. Then go up the path to the building atop the hill. Inside is an entity that will ask you which path you choose. Once you answer she will direct you to your destiny. Go now Avatar and begin your quest.”
Slowly she floated down the pathway and near the pool of water where she first awoke was a huge shimmering mirror. She walked to the mirror and gazed into it. At first her reflection was that of a ghost. But slowly she saw her face coming into focus. Face, hair, clothes. She was whole again. 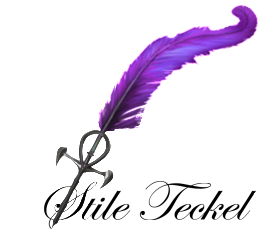 Hello, this is Stile Teckel here with a new piece I had the pleasure to read and then Ascelipus stepped up and made it sound good :).

This is the opening Poem written to announce the contest you can find here.
https://www.shroudoftheavatar.com/forum/index.php?threads/impressions-of-new-britannia-launch-screenshot-contest.116038/

I hope I did not roll to poorly on my Bardic skills, and you enjoy!

Can you smell the thriving forests?
Can you taste the salty seas?
Can you sense the blazing deserts?
And the struggling fights for peace?

Can you hear the festive music
In the Taverns of PaxLair?
And the smell of burning cities
When the cabalists appear?

Praise the beauty of each flower
Praise the crows above your head
Praise the sweet and too, the sour
Praise every tear that has been shed

Live the New Britannian moments
Praise the light, and too, the dark
For our hopes grow in the darkness
And stars are born from little sparks​