Special Presentation to Asclepius on behalf of The Caverns Guild 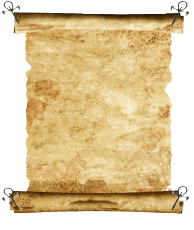 Im a bit ashamed at myself that this has not been done sooner and I am glad to be rectifying the situation by taking care of it now!

I hereby as Guild leader of The Caverns Guild and with agreement and consent from the guild, grant upon thee honorary membership in our family! As the Guild leader of The Caverns Guild when I put forth the question to the guild about how they felt about doing this, I very promptly had a lot of people not only saying yeah do it, but I felt there was an undertone of “Stupid damned question Stile”.

Many members of the guild just by the nature of friendship, helping out friends, and wanting to understand friends interests have helped out with many of the projects that you work on in your role with The New Britannia Theater Troupe, Lord Baldrith, and Myself. I list Lord Baldrith specifically and not others on our projects, as he is a formal member of The Caverns Guild as well! Although right now he has a very understandable stronger focus on getting Wizards Rest organized (and doing an amazing job!!!).

Even beyond that your partnership with myself in projects has been instrumental in me being able to spend more time with the guild at a time things were very hectic and moving quickly. Since then moving them onto your own plate and taking them on as your own role. Sort of becoming my replacement for many of the job duties I did and working side by side with Lord Baldrith in my stead. Allowing me to take on a smaller role and just jumping in on the larger issues while handling the day to day things yourself with Lord Baldrith. Thusby in all reality contributing as much to The Caverns Guild AS many of it’s members!

While I cannot award Lord Baldrith an honorary membership in the guild since he is already a member I can grant you one! I have never tried to recruit you into the guild simply because being your friend and having your trust and loyalty I know how strongly you give it. You already belong in a guild and so long as that can work that is where your trust and loyalty lay and I have always respected that.

The honorary program we have though is something I had started thinking about back during kickstarter and when I was still contemplating what I would want in a guild. I knew I wanted it to be something for exactly this sort of situation. Since then only two others have been given. One to The Mad Hermit and the other to Sir Frank. There are most definitely other people that should be offered one and someday I shall do so. They are however meant to be rare, very meaningful, and very carefully given out.

Their nature is meant to be genuine in that you are considered a full member with no obligations. Visit our sites, use our forums, vote on our decisions. Alternatively do not say hi for a year or two and then drop in and well make sure you’re fed and have a room for the night! For that very reason they shall not often be given out more than one in any short period of time!

So while there may be others who are on a list it is definitely way past your time and sorry to be a bit slow on it. If you get a chance swing by the new guild website at http://www.thecaverns.net/guild and poke around, just so you know what we can offer you if you ever need a hand. Not to mention your a large part of the reason I have had the time to do a new guild website! You should see what your work accomplished *winks*.

You already know where the forums are and as soon as I have a chance you’ll find you have additional access to the guild member section. If you find yourself needing a place to drop a house, Neath still has some lots available. Just let us know and we’ll light some candles for you and get the paperwork filed.

Damned, thats a long winded speech.. I hope no one is offended if I use this as a template for future inductions!

Posted by Sir Stile Teckel - Email AuthorVisit The Caverns Website.
Please note: This is a SotA community run project, and any and all content may deviate from the fictional canon of the game.